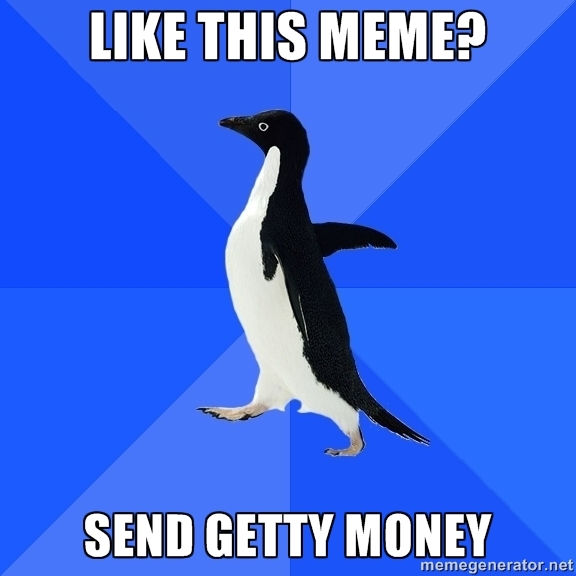 Not only does getty images once again look like the assholes they are, they are also making the original photographer George F. Mobley look like an asshole as well, I wonder if he is even aware of what Getty has just pulled, and I also wonder if Getty Images has the  “exclusive rights” to enforce copyright.. Since this image is not only available via Getty Images, but it is also available on Nat geo

According to Meme Generator this silly penguin is ranked 16th and has been used nearly 240,000times!! Holy H.E. double Hockey Sticks!, that might just be enough to get Getty Images away from the brink  of bankruptcy!